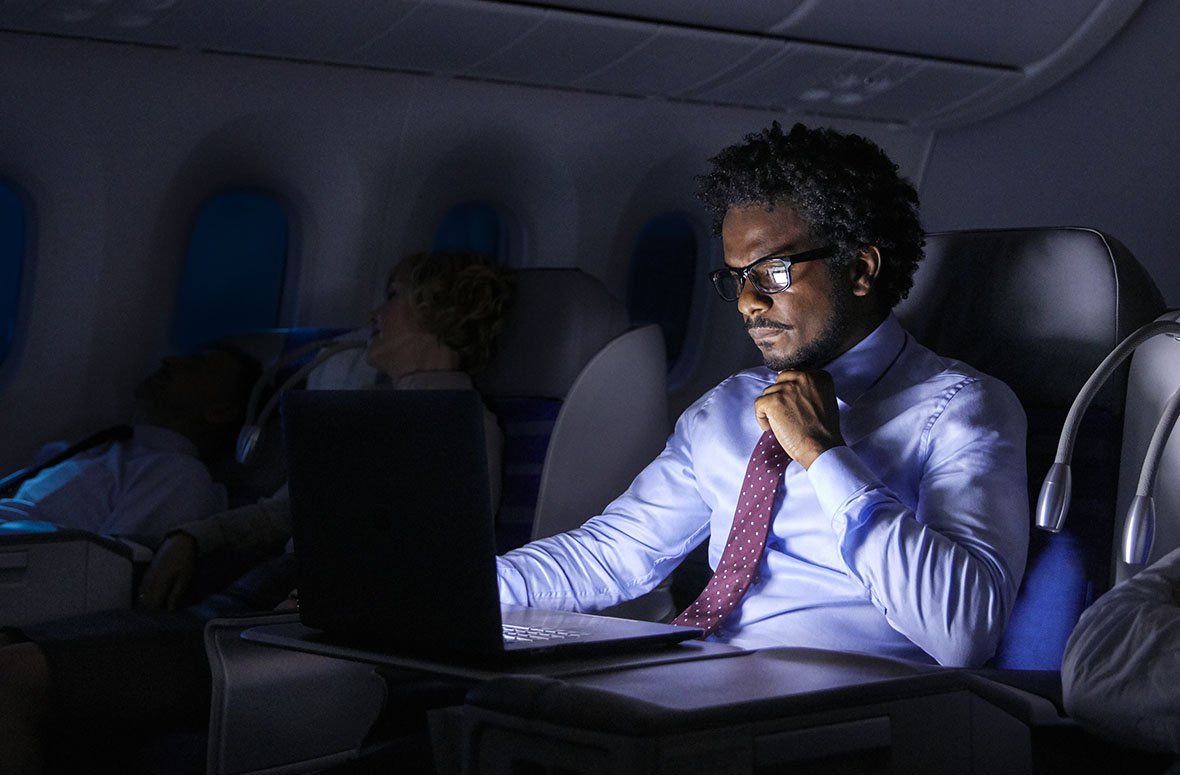 On the whole, commerce leaders are an optimistic bunch. We have been reminded of this once again in the findings of our new report Ready or Not? The Digital Commerce Leader, in which we canvassed the opinions of more than 500 decision-makers from both sides of the Atlantic about their views on the future of digital commerce.

Despite the continued pressure on the high street, despite the seemingly unstoppable rise and rise of Amazon, despite the dizzying speed at which technology keeps on evolving, a resounding 79% of industry figures we spoke to told us their organisations were ready to take advantage of the future opportunities digital commerce had to offer.

Furthermore, 70% told us that they were confident they already had a good grasp of what that digital future would look like.

However, there are some caveats to this confidence. Amongst those organisations who had undertaken digital commerce projects in the past 12 months, we found an average reported success rate of less than half - according to our respondents, 54% of projects failed to meet their expectations.

Of course, in this fast-paced modern world of agile development and lean thinking, no one should be afraid of failure - part and parcel of successful innovation is taking risks. But the key is being able to learn quickly from failure, adjust your strategy and pivot away to something (hopefully) more successful.

Buying into this spirit, our respondents were open and honest in their assessments of why so many digital commerce projects were resulting in failure. Here are five key lessons all commerce leaders can take from their experiences.

Just over a third (34%) of our respondents cited a failure to align digital commerce projects with the needs of customers as a reason for failure, making it the most common explanation given. Any company planning to launch a new eCommerce site, mobile app, or fancy new digital sales tool that hasn't started from the point of considering how to improve the customer experience should perhaps consider two things. First - who are you doing it for? And second, remember what Amazon's Jeff Bezos said way back in 1999 about his company's "obsessive attention" on the customer. It has stood him and Amazon in pretty good stead.

Planning from the perspective of customer experience is also a key principle of agile development, and agile also focuses on the need to maintain a strong dialogue with your customer base. Our survey also suggested that some organisations should work to better their understanding of their present-day customers as well as their future customers. Indeed, more than two-thirds (68%) of commerce leaders already concede that today's generation of children will be difficult to market to, and our survey uncovered some notable discrepancies in commerce leaders' understanding of shopping triggers for this next generation of shoppers, in particular around what or who influences them the most. The exception was social media influencers, with close alignment between the two camps on their key role to influence. Encouragingly, two-thirds of commerce leaders are already working with social media influencers, with 71% reporting a positive impact on their brands.

2. Get your logistics right

Just under three in 10 of our respondents (29%) said they had seen digital commerce projects fail because they did not have the right logistics in place to meet demand. So, an example might be launching a new brand website to try to penetrate into a new market, but not having your warehousing, inventory and transport infrastructure properly in place for that area when the site goes live. The result is customers get confronted with too many out-of-stock messages for items they want to buy, or they have a bad delivery experience and post about it online. Before you know it, your brand reputation has taken a heavy hit, and traffic to the site has all fallen short of target.

Ultimately, this again comes down to having a relentless focus on customer experience, and Amazon has to be held up as the shining example of how to get it right. In our Future Shopper 2019 report earlier this year, 84% of digital consumers told us that speed of delivery was a key part of a positive online shopping experience, and 50% told us Amazon was best at this. Businesses can achieve better alignment between their digital commerce planning and what they are actually capable of delivering operationally by taking a DevOps approach to platform development.

3. Be clear about your objectives and strategy

This actually combines two different reasons for failure our respondents gave us - 29% said their projects lacked a clear objective, and 28% said they felt projects too often moved forward without a clear strategy. In a world where Amazon is rumoured to deploy new code to its platforms every 11.7 seconds, the pressure to jump into the relentless torrent of digital innovation can feel enormous. But tweaking an interface or releasing a 'cool' new tool just for the sake of it often defeats the point. Again, we can come back to customer experience - who or what is it for? Even if a project ends up failing, if you have a clear strategy in mind and focused objectives, it's much easier to adjust, go again and hit the nail on the head second or third time around. Without a strategy, you are more or less just groping in the dark hoping something works out.

Just over a quarter of our respondents told us that a lack of appropriate knowledge and skills in their organisation contributed to the failure of digital commerce projects. This is a tough one because digital talent is in huge demand across all industry verticals and right around the world, as every kind of business looks to press forward with digital transformation. Quite simply, as things stand, there just aren't enough people with the right skills to go around.

Putting this right will take a concerted long-term effort, combining education and training, talent spotting and recruitment and nurturing in-house skills, plus knowing when to outsource to get the right technical and strategic expertise, and who to turn to.

5. Put your money where your mouth is

Just under a quarter of our survey participants (24%) told us that a lack of investment played a role in projects falling short of expectations. Elsewhere in the survey, a similar proportion (23%) said they felt strongly that their company had not invested enough in digital commerce, while another 28% somewhat agreed with that sentiment.

Digital commerce has become so competitive and so fast-moving that it is not something that businesses can afford to just dip a toe into, hoping success will come their way. It requires full commitment in the long term, a determination to see the vision through, reinforced by ongoing optimisation. Obviously, businesses also want to see returns on the money they put in and we heard digital commerce leaders telling us that it was challenging to win the argument with other parts of the business for higher investment in eCommerce.

In terms of barriers to investment, the most common ones cited were business culture (16%), concerns about security (15%), internal decision-making processes (15%) and lack of the right digital talent (14%). These can all be viewed as part of the challenge of change management that goes hand in hand with digital transformation. If digital commerce leaders can get the other things in this list right - showing that 'obsessive focus' on the customer, getting the logistics and operations side right, working to a clear strategic plan and nurturing digital skills, then they will make their job building the business case for investment that much easier.

If you'd like to discuss the themes raised in this article, you can connect with one of our eCommerce experts.