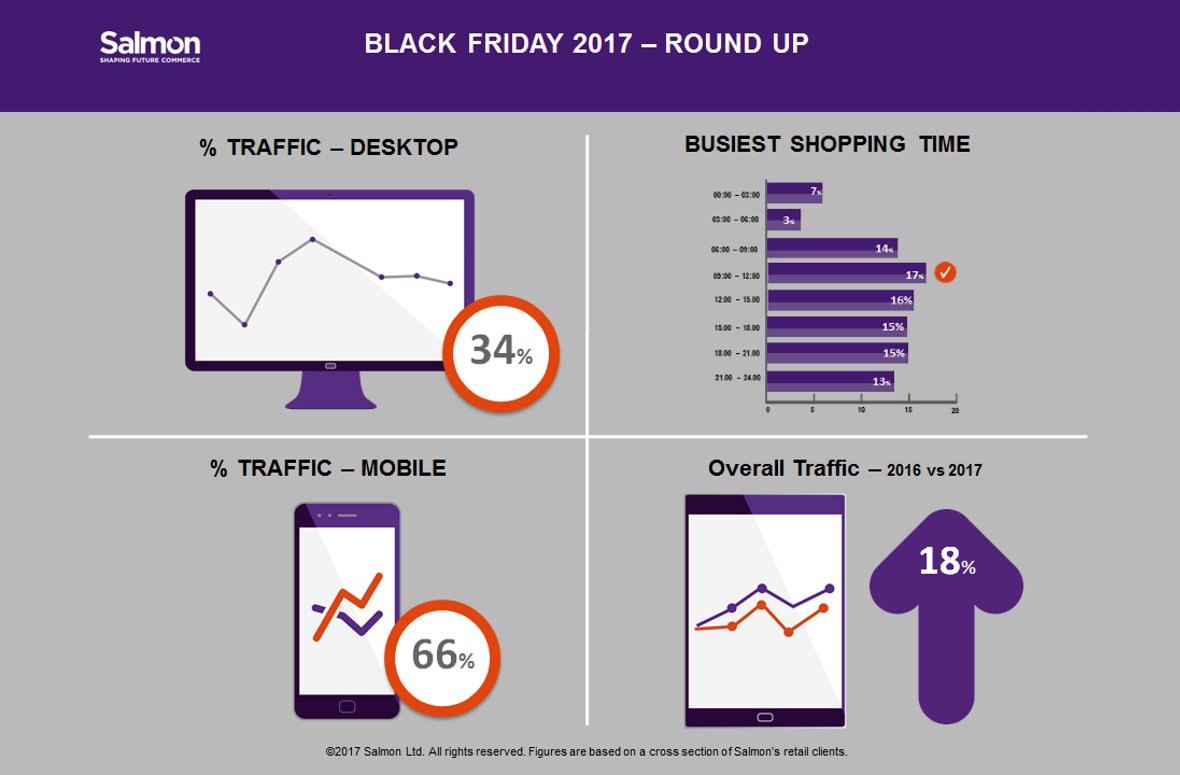 Let’s take a quick look to review what we saw from our peak operations centre over the week-long Black Friday period (Monday 20th – Monday 27th November).

By far Black Friday itself was the busiest day during the week, with our data showing that:

Online dominated, as we expected, with some brick and mortar stores experiencing a lethargic start. Bargain hunters snapped up those best online deals from the convenience of their sofa or during the early hours of their commute to work.

Generally, over the Black Friday period (7 days), orders were up a massive 74% YoY. Not only have we seen orders up, but it seems sales forecasts were smashed and the average order value much higher than expected as well - so, it seems individuals have been busy spending more too.

IMRG reported that the amount spent on UK online retail sites during Black Friday 2017 was up 11.7% to £1.39bn, ahead of their original forecast of +9% growth for the day. Similarly, BRC reported that online sales dominated and grew 6.5% in November.

Despite overall retail sales growing by 1.5% in November against 2016 figures, the main driver was food sales. On a 12-month basis, sales of items other than food bought in physical stores fell by 2.2%, which is actually the worst drop experienced.

What this shows is that amidst heavy discounting, shoppers were drawn online and Black Friday did little to offset the challenges facing high-street stores.

Our data suggests that consumers stayed up late to welcome in Black Friday. The early morning rush then kicked in with 14% of traffic taking place between 6am and 9am, suggesting customers were busy browsing when they woke and during their commute to work. Traffic then peaked at 17% between 9am and midday. 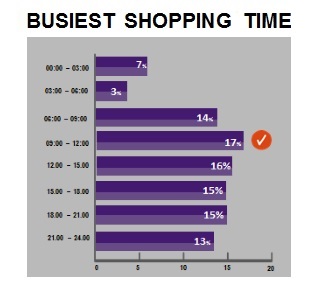 As predicted, mobile conquered as consumers' device of choice. IMRG has reported that 39% of UK online retail sales were completed on a smartphone, with the device taking the highest share of sales against desktop and tablet.

Our data revealed a record high of 66% of traffic coming from mobile devices (tablet and mobile) on Black Friday. 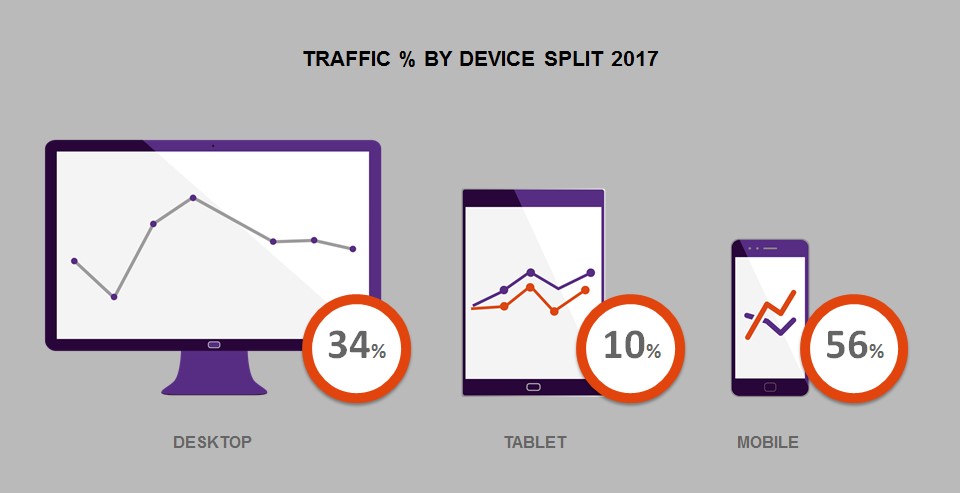 Orders on Black Friday were also up on mobile devices by 5.2% YoY, and dominated desktop with 53% of consumers checking out on their mobile devices. 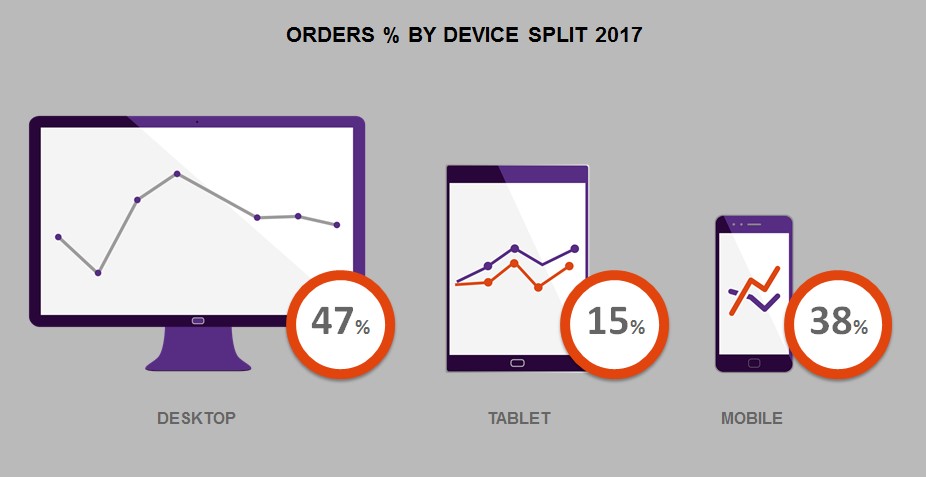 At the beginning of the week, shoppers were busy filling their baskets but failed to process purchases, with abandonment rates at 77%. We're calling these people "Basket Bandits". These figures dropped on Black Friday and Cyber Monday to 70%, but were at their lowest on Black Sunday at 69%.

This follows on from our research last year, with economic instability and inflation both contributing to shoppers' reluctance to purchase right away. Instead, shoppers were identifying items ahead of the Black Friday weekend, placing them in their online shopping baskets but not always purchasing them.

It also reflects that, perhaps, consumers are wiser than we think, not just panic-buying, but taking the time to research and fill their baskets ready to purchase when retailers introduce their Black Friday sales. Black Friday is entrenched in the consumer psyche, yet retailers still face a battle to turn basket bandits into paying customers. 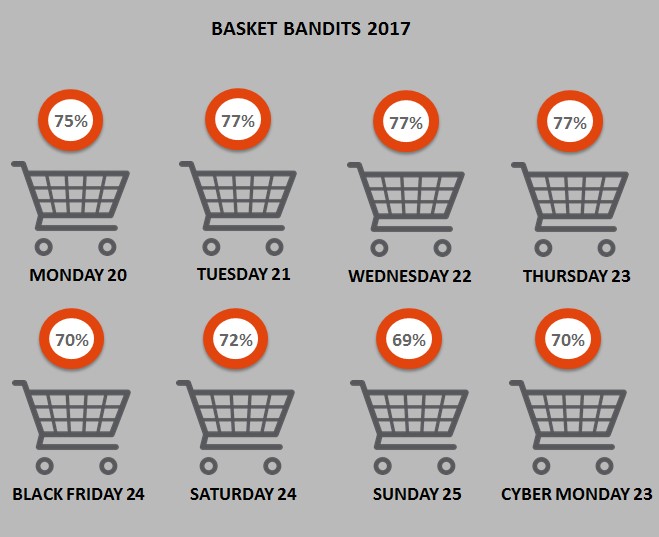