Another Black Friday has come and gone and with that, much has been revealed about how and when consumers are shopping for their bargains online.

In what has quickly become the de facto shopping event of the year, data from our analytics centre shows a nation in love with eCommerce, mobile shopping and an increasing desire to buy on social media.

Let’s take a look at some of the key stats and what it means for the state of our shopping nation on the peak trading bonanza.

Those doubting the power and pull of Black Friday were sorely mistaken; our own data showed that online traffic was up 25% year-on-year and orders online were up 49% for the same period. While our research showed over half were sceptical about the quality of the deals on Black Friday and whether they represent genuine savings, consumers’ appetite to shop certainly didn’t wane. 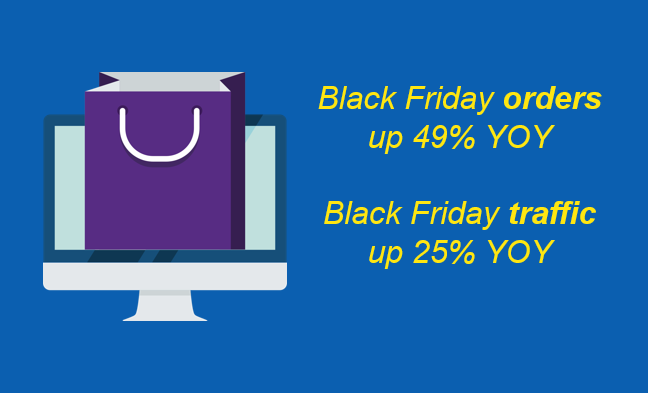 What’s more, we were able to get a better understanding of social commerce too. With the rise of shopping capabilities on social media (including the newly-released IG Shopping), it was interesting to find that 84% of visitors from social media were female (with female shoppers representing 68% of all shoppers on Black Friday). As women seem to have dominated the Black Friday sales period, brands and retailers need to ensure they are catering for a female-dominated market.

While it’s no longer possible for brands, retailers and marketplaces to offer bargains exclusively on Black Friday, the day itself remains the most popular for consumers. Data from Black Friday through to Cyber Monday showed traffic peaked on the first day (37%), followed by Saturday (22%), Friday (21%) and then Monday (20%). There’s no hiding a slight downward correlation as the weekend goes on, but those eCommerce businesses that fail to entice shoppers throughout the weekend are set to miss out on millions of pounds of potential revenue if they don’t keep their deals fresh and their offers extended. 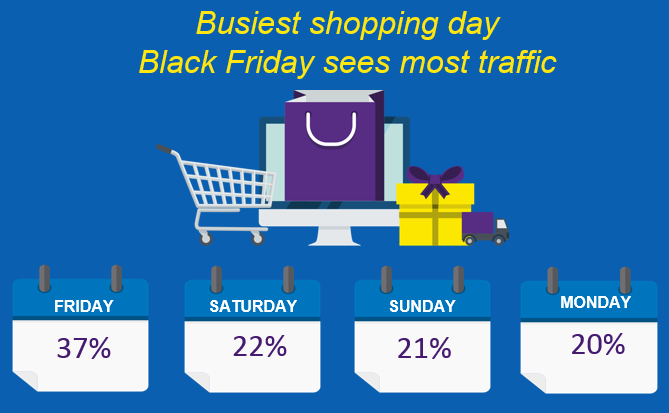 Catering for the increasingly digital shopper

Black Friday, at least for our customers, has exceeded all expectations; as always, those who prepared the best reaped the most rewards. While there will always be sceptics, the data from our analytics team is hugely encouraging for brands and retailers – not least those who cater to an increasingly digital audience.

After the dust has settled, we might well be saying that this was the best Black Friday ever for retailers.

Find out more about how we can help you with your Peak Trading strategy: