Delivering to the shoppers of tomorrow 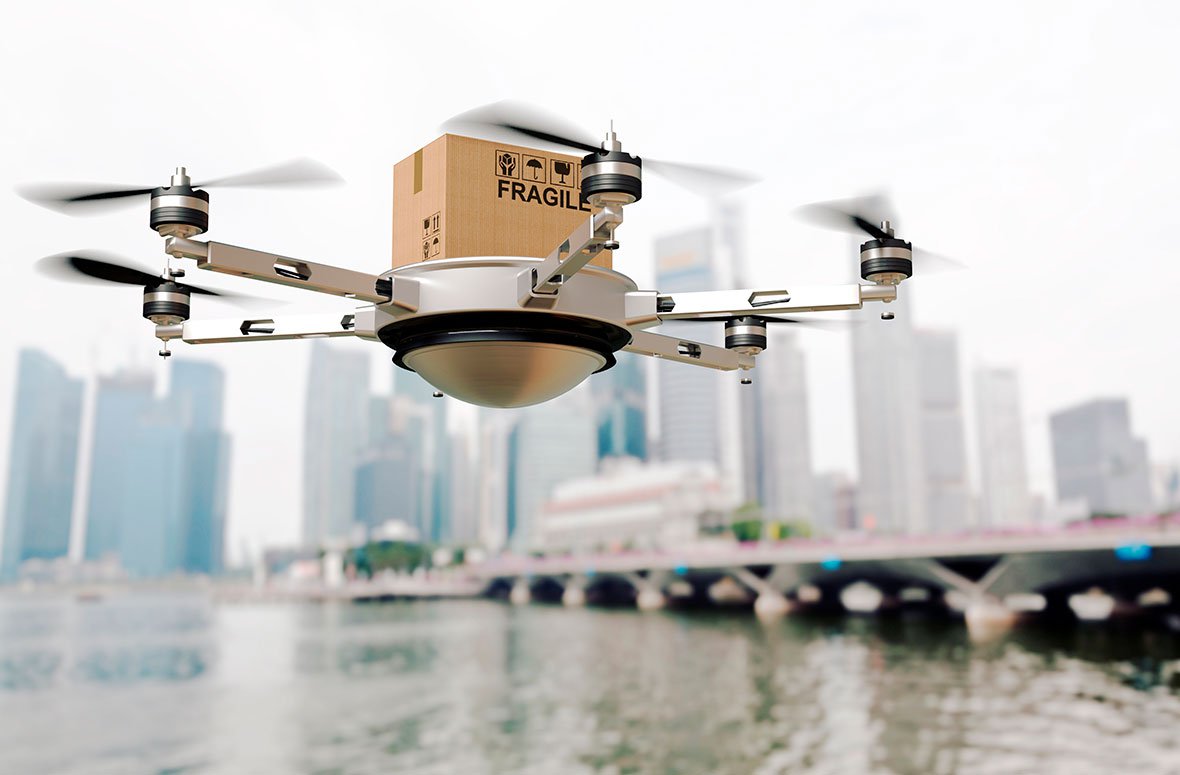 Home delivery is not a new concept in retail. The mail order catalogue business model dates back to the 19th century, with household name business empires like Sears and Littlewoods built on the back of it.

Indeed, here at Wunderman Thompson Commerce, we owe a debt to the history of mail order ourselves. Our company traces its lineage back to New York marketing executive Lester Wunderman, who amongst other things is credited with inventing catalogue subscription cards and 1-800 toll free numbers to help smooth those mail order customer journeys.

However, the practice of retailers and brands delivering items direct to their customers' doors underwent a seachange with the arrival of the internet and eCommerce. In 1995, mail order accounted for 3.7% of retail sales in the US, contributing 1.9% of GNP. In 2018, eCommerce accounted for 14.3% of US retail sales. Even accounting for alternative fulfilment options like Click-and-Collect, the scale of the increase in home delivery is easy to infer.

In the UK, the communications authority Ofcom, which also oversees regulation of the postal industry, has been tracking this change for some time, charting the way that parcel deliveries have increased even as overall mail volumes have declined. In 2013, it noted that more than a third of adults with internet access were reporting increases in the number of parcels they were receiving, compared to less than one in 10 adults without internet access. Between 2016 and 2017, the volume of parcel deliveries increased by 12%, a fact Ofcom attributed directly to the rise of eCommerce.

Digital commerce has, therefore, put home delivery right at the heart of the shopping experience. Like mail order before it, eCommerce offers a convenience and attractive prices. But one key drawback compared to going to a store and buying in person is you have to wait to receive your goods. That is not putting people off shopping online, of course - one report released this year predicts that by 2028, digital commerce will account for half of all retail sales, driven largely by young consumers.

But what we have found in our own research is that these same young consumers are not prepared to tolerate long waits for delivery as a trade off for the advantages of shopping online. They expect rapid fulfillment of their orders, and if one vendor cannot meet their expectations, they will go elsewhere. This is an attitude particularly prevalent amongst under-16s, sending a clear message to brands and retailers - if you want to win over the consumers of tomorrow, you better get your delivery strategies right.

No time to wait

Receiving products ordered online in good time is something that matters to the majority of consumers. in our Future Shopper 2019 report, we found that 84% of digital shoppers ranked speed of delivery as either important or very important to their overall experience. But it appears to be a factor that preoccupies the children of today even more than current active consumers.

Our Future Shopper study found that the average length of time current digital shoppers over the age of 16 were prepared to wait for delivery was 2.95 days. When we asked the same question to under 16s as part of our new Generation Alpha report, the average fell to just 2.23 days. And the younger the children, the faster they want their goods delivered - amongst 6-9 year olds, the average was just 1.91 days.

For retailers and brands looking at where expectations around delivery might be heading over the next decade or so, this new report has some fascinating insights. We found that one in five (20%) of under-16s expect delivery in 12 hours, compared to just 8% of over-16s surveyed in our Future Shopper survey. A third (32%) of youngsters expect delivery within 24 hours, compared to a quarter (26%) of adults.

Asked if there was one thing they could change about shopping online, a third (32%) of under-16s also told us they would make all deliveries happen in under two hours. One in five (20%) said they would never buy from a company that couldn't deliver the next day. Just 5% disagreed with the suggestion that delivery times should improve.

So, what is driving this shift towards demanding faster and faster fulfilment times? A lot of it comes down to experience. Today's Generation Alpha has grown up with online shopping and home delivery. As adults have witnessed fulfilment times progressively slashed over the years, children take those for granted.

It has to be said, also, that today's children have grown up with Amazon. When asked what they thought Amazon was most famous for, 17% said "quick delivery" - the most after simply "shopping". This figure rises to 20% in the US. Familiarity with Amazon, or more specifically with Amazon Prime, also means familiarity with the possibilities of next-day delivery. Nearly two-thirds of Alphas (63%) told us they knew what Prime does, and nearly half (46%) said they had access to a Prime account.

There are other factors at play, too, which explain why today's children expect order fulfilment to happen faster than older generations. As well as growing up with Prime, under-16s have grown up with immediate fulfilment of digital products like music, films, video games etc. More than half (57%) told us they would rather download something than wait for a physical version to be delivered. A third (33%) told us that if they couldn't get something immediately, they lost interest.

Finally, one other trend we spotted that is worth taking notice of is that there appears to be a gap between boys and girls in terms of just how important rapid delivery is to them. For example, the preference for downloading over waiting for a delivery was heavily weighted towards boys (63%) compared to girls (52%). Boys also appear more impatient about the prospect of waiting - 56% said they got annoyed if something they ordered wasn't delivered the next day, compared to 48% of girls.

Boys also seem more enthused about the role of new technologies in meeting their delivery expectations. 58% said they were excited about the prospect of having drones and/or programmed robotic delivery devices dropping off their items to them, compared to 41% of girls.

It appears, then, that as we move towards a new decade of digital retail, and as a new generation enters the market as independent consumers in their own right, the march towards faster and faster fulfilment will continue. Brands and retailers will have to get their delivery strategies right to keep this new generation satisfied and engaged, particularly with regards to young male shoppers, it seems. Next-day and faster delivery, already the mark set by Amazon prime, will further cement itself as the expected standard.