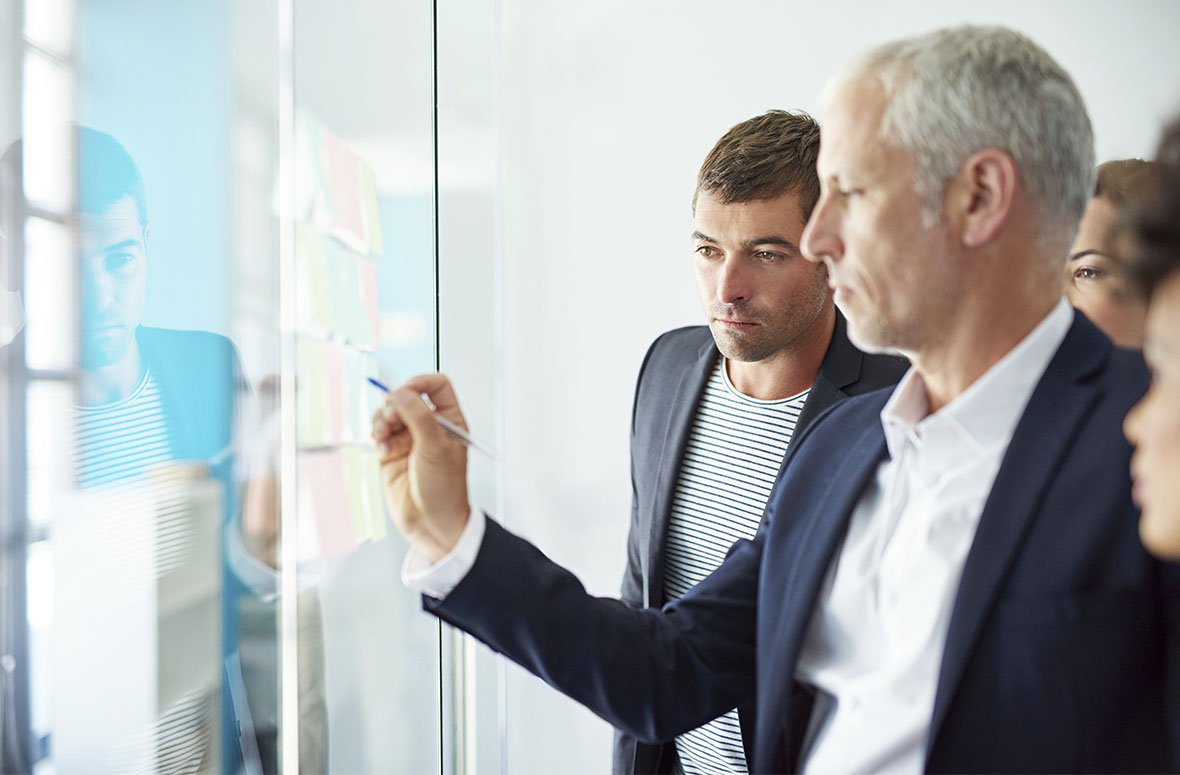 There is no shortage of discussion in the retail industry about the transformational impact digital technology has had on commerce. And one of the key points that inevitably crops up in such conversations is how, in the space of 20 years, the balance of power in the market has fundamentally shifted.

Some of the dominant players in today’s retail and commerce space - the enterprises setting the trends, driving innovation and commanding huge slices of the market share - were little more than start-ups two decades ago. And yet their rise to the top has been unstoppable, leaving a trail of long-established high street stalwarts floundering in their wake.

While the early promise of digital was that it would democratise and open up retail, in many ways the opposite has happened. Today, digital commerce is dominated by a small number of tech giants, and one of the key strategic challenges facing retailers and brands is how to successfully compete with them to, at the very least, hold their ground.

When we surveyed more than 500 digital commerce leaders from across a range of industry verticals, and from organisations of all sizes, for our recent Ready or Not? The Digital Commerce Leader report, this was something we found decision-makers very much aware of. Asked simply, “who is your biggest competitor in digital commerce?”, Amazon came out the clear winner with 34% of the vote, more than double the second most popular answer, brand websites with 16%. Two other ‘tech giants’ made the top five - Alibaba, widely regarded as the world’s largest B2B marketplace, with 14%, and eBay with 10%.

To put that in perspective, a majority of digital commerce decision makers (58%) in the UK and US view just three sites - Amazon, Alibaba and eBay - as posing more competition to their business than all the retailer sites and all the D2C brand sites in the world combined. That’s how big a presence the big tech giants have come to have in the commerce market.

Following the launch of our Ready of Not? report, we’ve already written about the complicated relationship brands and retailers have with Amazon in particular, and the sometimes tricky decisions they have to make in deciding whether to work with the Seattle giant, and to what extent. But the attitudes we picked up were not all a case of “if you can’t beat them, join them.” As we’ve also discussed elsewhere, digital commerce leaders are a confident bunch. Although they were under no illusions about the scale of the competition facing them from the biggest tech giants, they revealed they still had aspirations to compete with them on a number of different fronts.

Can you really compete with Amazon on loyalty?

Focusing our attention on the biggest fish in the digital commerce pond, we asked our respondents which areas they felt Amazon did not perform so well in, and which of these they would be most confident of taking advantage of.

Perhaps a little surprisingly, top of the list of things our survey participants felt Amazon was not so all-conquering on was loyalty. More than a quarter (27%) singled this out as an area where Amazon wasn’t as strong, while around one in eight (12%) identified it as the area where they believed they could best compete - the highest number overall.

What makes this slightly surprising is that our respondents were in little doubt that Prime is Amazon’s most potent weapon in the market, the key point of difference that allows it to stand out from the competition. Prime has traditionally been viewed as a loyalty scheme with bells on - not your traditional points-based scheme that rewards customers for repeat custom, perhaps, but a groundbreaking type of member’s club that offers premium service in return for a fee. Whatever the precise nature of the tactics, Prime certainly does everything you’d want from a successful loyalty scheme and then some - it encourages high levels of return business with incentivised fast, free delivery and exclusive members’ perks, and it hands Amazon a massive resource of customer data.

Despite the confidence over loyalty, more than three in five commerce leaders (62%) we spoke to said Amazon wouldn’t be as successful as it is without Prime, and 61% said their own organisation missed out from not having a similar service. Nearly three quarters (71%) said Prime was essentially a CRM programme, which at least puts it in the same category as loyalty.

Perhaps what digital commerce leaders are seeing, as Prime pivots further and further towards digital subscription services such as Prime Video and Audible, is that there is an opportunity to go back to basics with loyalty and simplify the offer. In our Future Shopper 2019 consumer survey, for example, 70% of digital shoppers told us they would like to receive free samples and gifts from brands and retailers based on their purchase history, while more than half (55%) said personalised offers were important to them - all aspects of what we might call ‘traditional’ loyalty schemes.

Plus, a quarter (26%) of consumers we spoke to said better loyalty programmes would be a major factor in them deciding to shop somewhere other than Amazon, the second most common response after price.

This complex mix of high respect for Amazon’s achievements coupled with a certain degree of optimism about the prospects of competing with them was repeated in other areas. It’s fair to say that customer service and fulfillment are not the first things that come to mind in most discussions about What Amazon Can’t Do (WACD) - indeed, close to three quarters (71%) of digital commerce leaders told us they believe Amazon sets the benchmark when it comes to service.

And yet just under a quarter (24%) also picked out customer service as something Amazon didn’t always get right, second behind loyalty. Amongst the very biggest organisations we spoke to (turnover above £500m), this rose significantly to 34% As with loyalty, this again translated into around one in 10 believing they had a realistic prospect of establishing an attractive point of difference to Amazon on service.

The same sort of picture emerged around deliveries and fulfilment. Two thirds (66%) said they had had to change the way they ran deliveries because of how Amazon Prime had changed the landscape. And yet 24% of our survey respondents again believed this was an area Amazon wasn’t necessarily strongest in, with one in 10 again talking up their prospects of out-competing Amazon on fulfilment in the future. There was a notable consistency in how important decision makers believed investing in fulfilment would be over the next 10 years - it ranked as the second most common area for prioritised investment at present with 19% of responses, and third in terms of where respondents saw their priorities in 10 years’ time with 17%.

We also got a sense of why digital commerce leaders believe investment in faster deliveries will continue to be so important throughout the next decade. Asked what they believe matters most to today’s younger generations when it comes to shopping experiences, faster delivery came out on top with 19% of answers. Judging from the findings of our Generation Alpha survey of six to 16 year olds earlier in 2019, this shows a pretty good understanding of young people’s priorities - a comprehensive 82% told us they wished things they ordered online would arrive faster, while more than half (52%) said they felt annoyed if something didn’t arrive the next day. Discussing how they might meet these expectations over the next decade, 62% of digital commerce leaders we spoke even acknowledged they might have to look at using drones.

A different identity? Standing up for sustainability and values

In some ways perhaps it is no surprise that loyalty, service and fulfilment should rank highly in digital commerce leaders’ thinking about how to compete with tech giants like Amazon. Together, these three factors make up something of a holy trinity in modern commerce strategy. But what has to be acknowledged is that all three come straight out of the Amazon success manual. It may well be possible to take on the biggest tech disruptors in these areas. But in trying to do so, you are aiming to play them at their own game.

What about areas where a genuine point of difference can be established? What about things that fit more comfortably into the WACD category? A quarter (24%) of digital commerce leaders we spoke to identified packaging as something Amazon doesn’t do so well. Criticism of Amazon’s packaging policies tends to fall into two camps, one that highlights the lack of aesthetic appeal in its use of plain cardboard, the other the often-levelled accusation that it is wasteful in its use of inappropriately sized boxes and failure to ship items ordered at the same time together. Indeed, 21% of decision makers told us they felt sustainability was one of Amazon’s weak points.

There is a school of thought that the best way to take on Amazon is to create a brand identity that establishes clear lines of difference with it, and that sustainability and values are ideal places to start. So around one in five of our survey participants also said they didn’t feel Amazon was all that good at creating a sense of community with its customer base (19%), while 18% said it didn’t really stand for anything as a company.

These are certainly areas that chime with what a significant proportion of consumers are looking for from digital brands. For all the talk of convenience and service, more than half (55%) of the digital shoppers we spoke to for our Future Shopper report told us that a company’s ethics and morals play an important role in their purchasing decisions, while 45% said they actively choose brands that can demonstrate they are environmentally responsible. And this is a mindset that seems particularly strong amongst younger consumers - two thirds (67%) of children we spoke to for our Generation Alpha survey said they liked to buy from companies that are trying to do good in the world.

If you’d like to discuss any of the themes raised in this article, connect with one of our eCommerce experts. Alternatively, for specialist Amazon support, visit our Amazon service page.

This article is based on findings from our new report “Ready or Not? The Digital Commerce Leader”. Research for this report was conducted by independent research consultancy Censuswide. A total of 503 senior decision-makers (including c-suites) in digital commerce were interviewed in October 2019; 252 in the UK and 251 in the US.

How commerce leaders are working on their relationship with Amazon