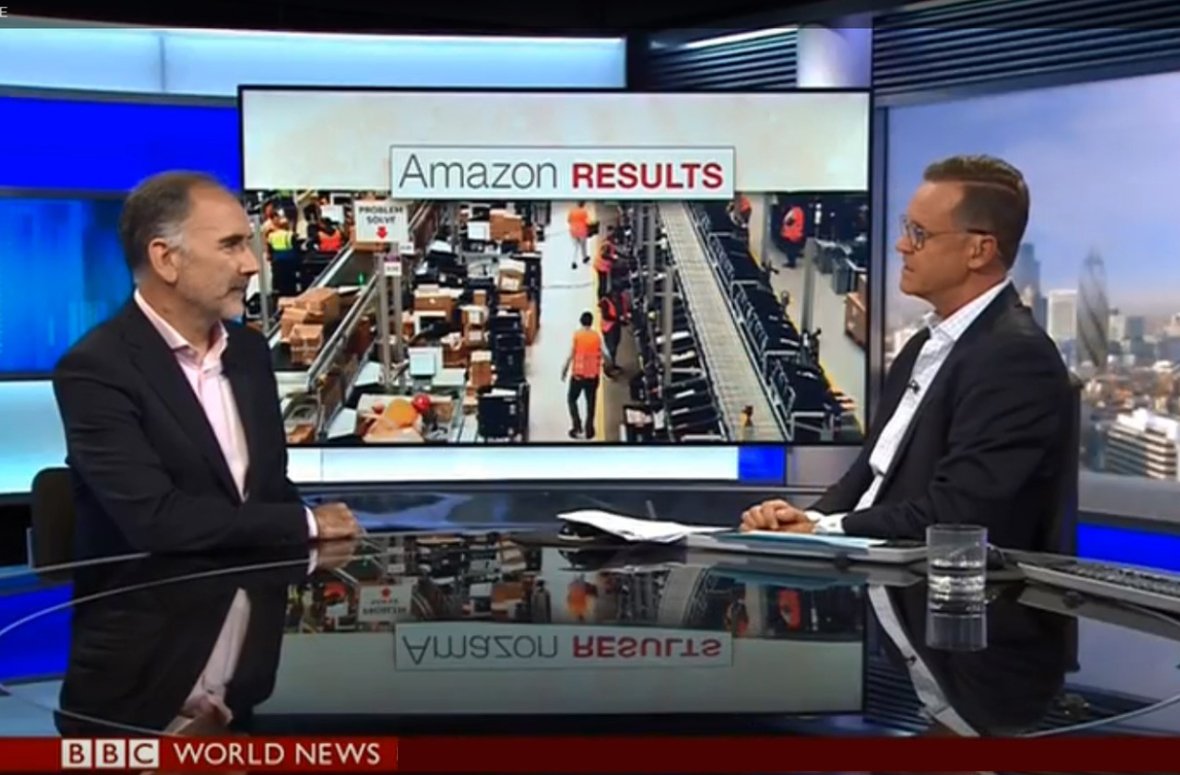 Closing in on a trillion dollars, Amazon this week (26 July) announced its financial report, and record profit of $2.5bn, the biggest amount made by the marketplace giant in a three-month period (April-June).

During the six-minute interview for their World Business Report segment, Patrick spoke about Amazon’s success, and what it means for brands and retailers around the world; with a market value of $890, Amazon is second to Apple as the most valuable public company on the planet.

He said: “Amazon is so far ahead in their profitability this year and a lot of it is down to them reducing their costs. They put a huge amount of effort into investing upfront, years ago, into main areas like retail, and that’s beginning to pay off.

“What we are now seeing, is more and more brands advertising on Amazon, because they can get closer to the actual checkout and the customer when they need to be, when they’re buying something.”

Figures from Wunderman Commerce’s new, ground-breaking "The Future Shopper" report were referenced during the interview. Heslehurst appeared shocked at the amount of online spend absorbed by Amazon in the US. The Future Shopper report found that over half of online spend in America is made through Amazon. Other topics covered included voice, which Munden predicts will be a huge growth area in commerce.

A post about Munden’s appearance on the BBC, shared on LinkedIn has received over 7,000 views, as well as numerous likes and comments. Patrick Munden is best known in eCommerce as one of the UK’s go-to spokespeople for online peak trading, and works for one of the UK's leading eCommerce consulting firms.

“The Future Shopper” is a research report into current and future online consumer behaviour and shopping preferences in the UK and US. 3,516 people took part in the survey during April 2018.