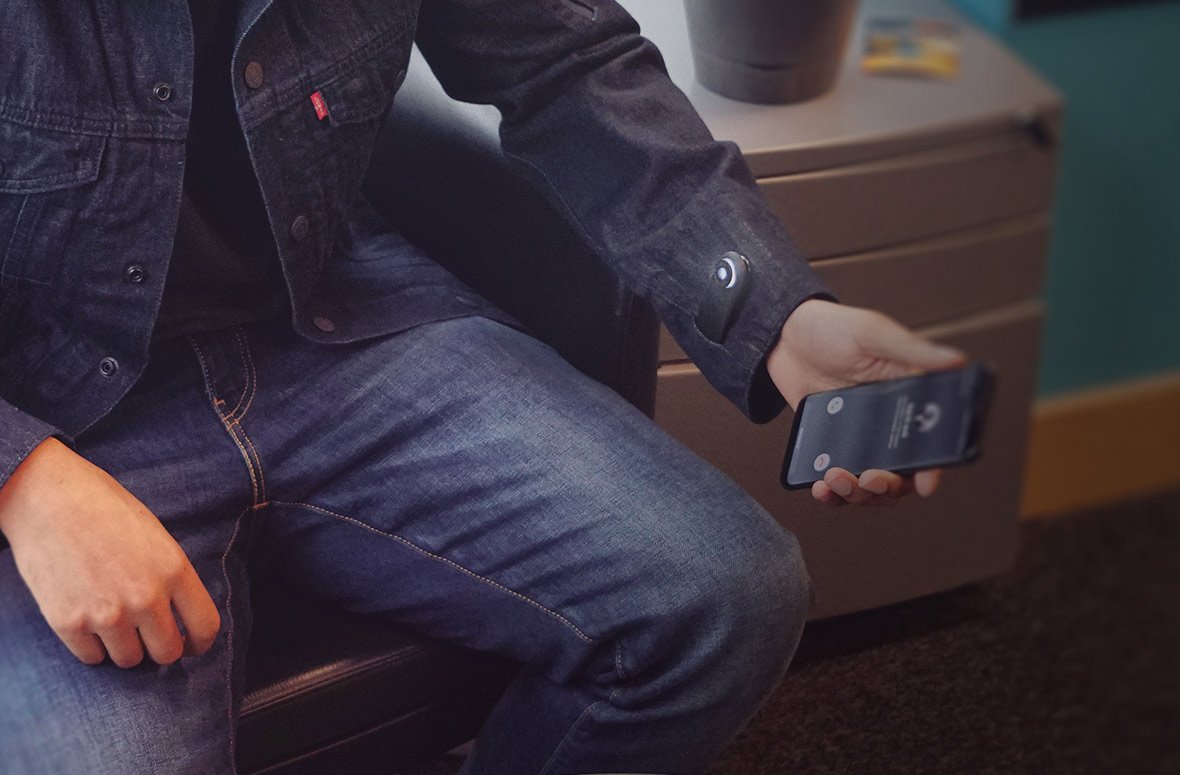 In 2015 Google gave us a glimpse of a couple of new projects that were coming out of their Advanced Technology and Projects (ATAP) team, namely Project Soli (gesture recognition) and Project Jacquard (touch sensitive clothing). Back then I was lucky enough to give both a try - overall they were pretty cool but definitely still prototypes, with Jacquard working on a large piece of cloth, nothing that remotely looked like something you would wear!

It’s now 2017 and Project Jacquard is shipping in a consumer product: the Levis Commuter Trucker Jacket, which is designed specifically for cyclists. At Salmon, a Wunderman Commerce Company, we’re fortunate to have one of these and I have been testing it out over the last couple of weeks. Fashion is secondary when it comes to most wearable technologies, however, for Jacquard, it feels as if the two are finally merging together nicely. For Salmon (and our clients), it’s important to get familiar with these devices, test them and see what they are like to both use and build for. This is vital as we always want our knowledge to be first-hand when advising and talking to our clients. 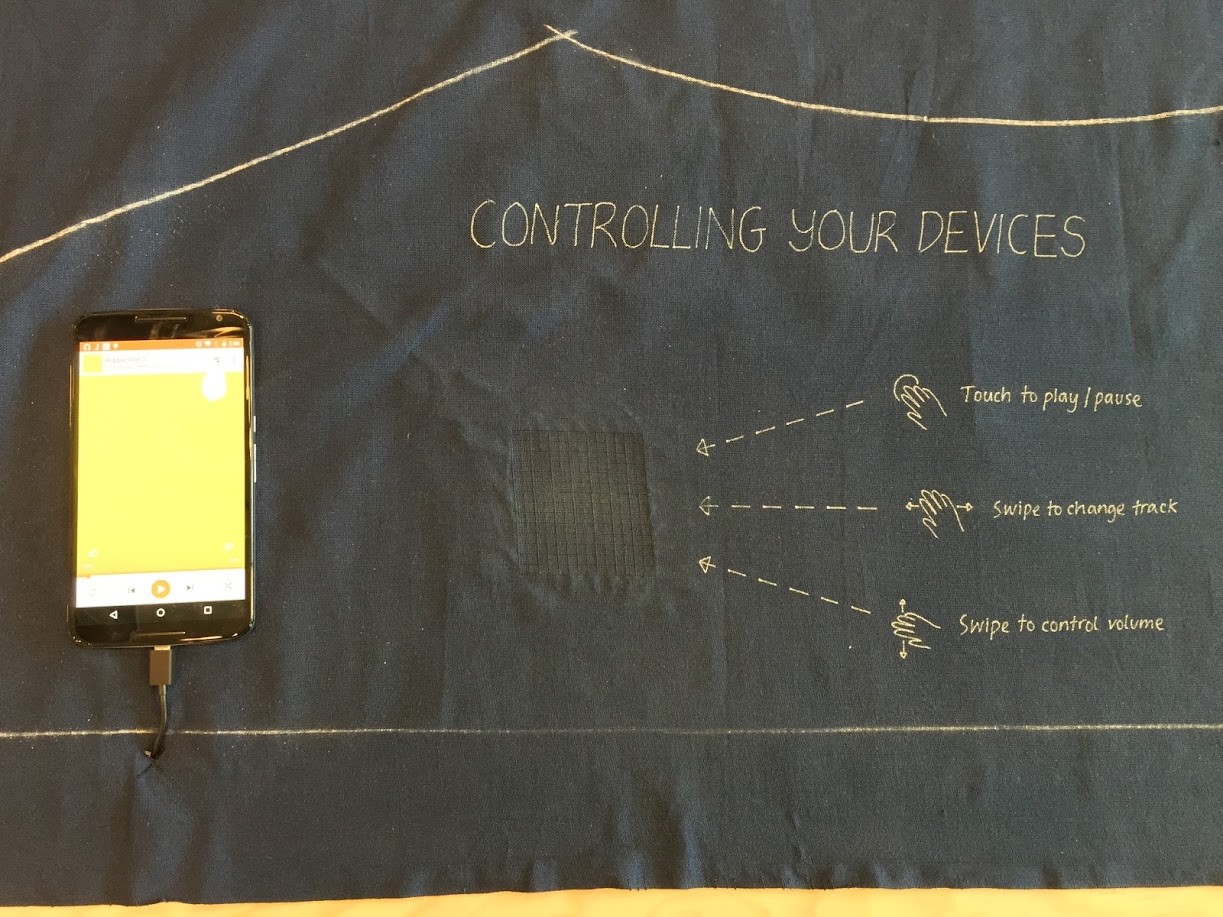 Whilst some people think it to be the jacket, in fact it's the Google-developed fibres that can be woven into clothing and then wired up to make the clothing touch sensitive. In the photo above you can see the fibres in the centre of the image and how they create a criss-cross pattern. Those are the capacitive threads that sense when you are touching them. This basically ends up being a very similar process to how your phone's touch screen works.

Inside the dongle is the processor and battery, which is charged by plugging it into your computer.

If we consider the Levi’s jacket, what you get is one of the first pieces of wearable smart clothing that does not look like a piece of technology. It’s a jacket that just so happens to perform some smart actions. This is extremely important as most smart clothing and wearables tend to end up being tech first (lest we forget Google Glass), which means you can just put the jacket on and not worry about whether or not you are going to use its techie features. I ended up wearing it most of the time with the cuff dongle (which powers it) mainly disconnected - which is perfectly fine.

Looks like a button, but acts as the cuff dongle connector.

Be warned, this is not a jacket that everyone will put on and have connected to their phone all day; it’s targeted to be used in very specific circumstances.

So, what does it do?

Let’s just say that, right now, its feature set is fairly niche. Aimed at cyclists, it supports a range of gestures that trigger actions on your smartphone. Overall there are 4 gestures in total, 3 that are programmable and 1 that is not:

It also has a light that can flash when you get a notification plus a vibration motor when you are receiving a call. When I was testing it, I used the below:

As you can see, you only have 3 gestures to hand which is pretty helpful at times. Every now and then when I am on a “Boris Bike” it is super convenient to be able to pause music and skip tracks - it's easier (and a lot safer) than reaching for the inline remote on my headphones. I just wish it did a little bit more to warrant a $350 price tag. Sure, you are paying to be one of the first to sample a new technology, however it still feels like a steep price for a way to skip songs while riding a bike.

As an aside, on the second day of wearing it I walked to a shop round the corner from the office, got to the till and paid, as I always do, using Android Pay. Now if this jacket had that functionality built in, that would seriously up its usage value.

This is the main weakness - it’s lacking enough features to really make it super useful. For a first version this is fine, but I expect the next iteration to onboard more functionality. That being said, these things can often be enabled via a software update. And that, in itself, would be great - clothing that can get software updates to add more features after you’ve bought the item.

The only other weakness, for me, is that the jacket can only be washed 10 times so use them sparingly.

Should you get one?

This jacket is for the innovators, the people that download beta versions of everything because they want to help technology get better. And if you’re a typical techie and have to have the latest everything, and you ride a bike and look good in denim and don't mind spending $350 on a jacket, then go for it!

However, if you are simply curious, I would suggest saving your money and getting the standard Levis Jacket for $180, otherwise you might just get a little frustrated at the lack of functionality - for now at least. As it stands, it’s a really simple, well executed example of where wearables are going, and shows how technology in the future can be embedded seamlessly, enhancing the user experience and removing friction.

It signals a bright future for wearables, and I’m almost 100% convinced that clothes will come with smart features built in as standard. Until then, we have Jacquard as one of the key forerunners.

If you would like to get in contact with Salmon about this or anything else, please contact us. We’ll be more than happy to help, and to get your brand into our innovation lab to try out a variety of game-changing tech, along with a very nice jacket.