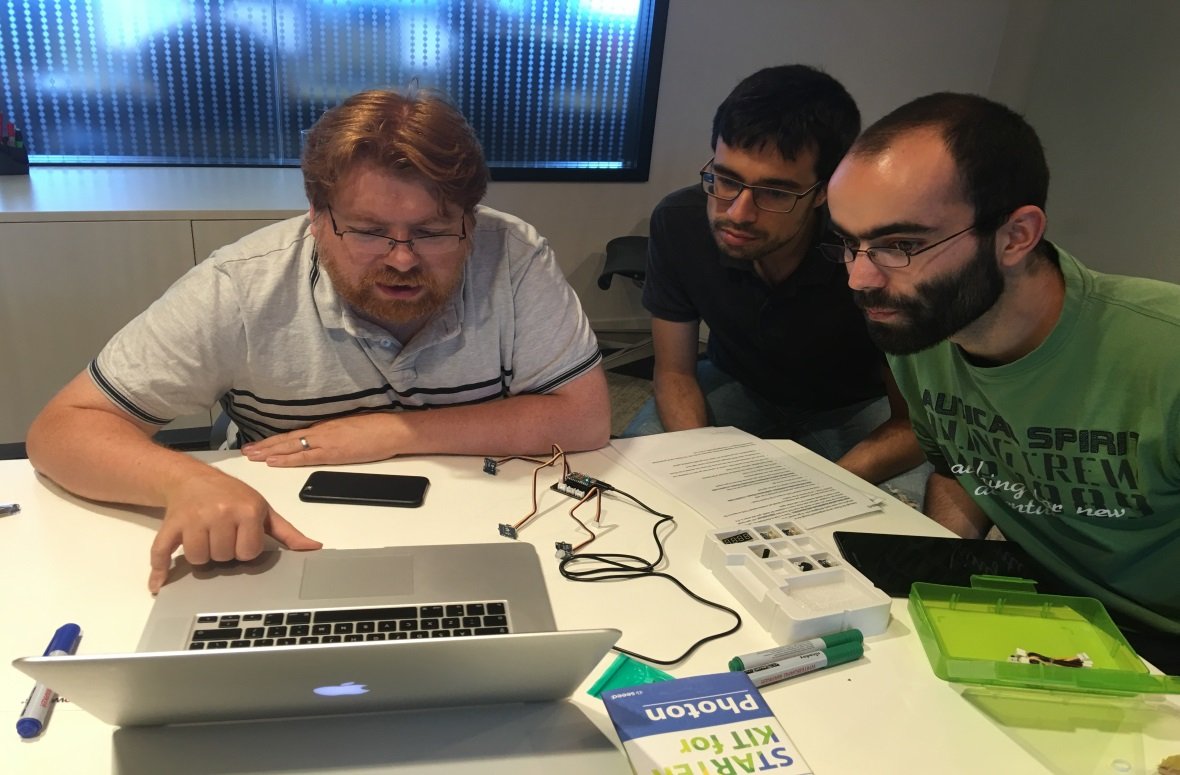 Armed with only a pile of circuit boards, wires, power supplies and some ideas our team in Moorgate completed a Hack Day. With almost everything being connected to the internet these days we challenged our teams to solve some common office problems. Using the internet connected Raspberry Pi and Arduino platform devices and a bewildering array of sensors and outputs. Each team thought of a problem they’d like to solve and were sent away with a box of hardware and a remit to have some fun.

We solved a number of office problems during our day:

Can I play pool? - This team successfully solved the problem of knowing whether a game of pool was being played. They used a microphone to detect peaks in ambient noise around the office pool table, followed trends and published a web page which showed when it was in use. The team used a particle IO board to push audio levels to a central server which then presented a web interface showing whether a game was ongoing.

Don’t talk too long - Another team addressed the problem of excessively verbose updates given during our daily development team stand-ups. Their solution used a motion detector, an LED, a timer and a buzzer. It cleverly detected when it was thrown to another team member and automatically started a 60 second timer to encourage the holder to finish their update in good time. We might patent this one!

There’s somebody at the door – With couriers delivering to a door located out of sight from reception, one of our teams used a Raspberry Pi 3, a webcam and a proximity detector to identify when someone approached the door. The technology took their photo, uploaded it to S3 and pushed a notification, including a picture to a special Slack channel allowing everyone in the office to see who was waiting at the door, and with what!

How strong is this drink? – Using a bottle of Absinthe found in the cupboard, another team took on the task of measuring the alcohol concentration it gave off in the air. They used a traffic light system to demonstrate how strong the drink was and used a Particle Photon board, SeeedStudio Grove sensors, a multi segment display and an RGB LED. 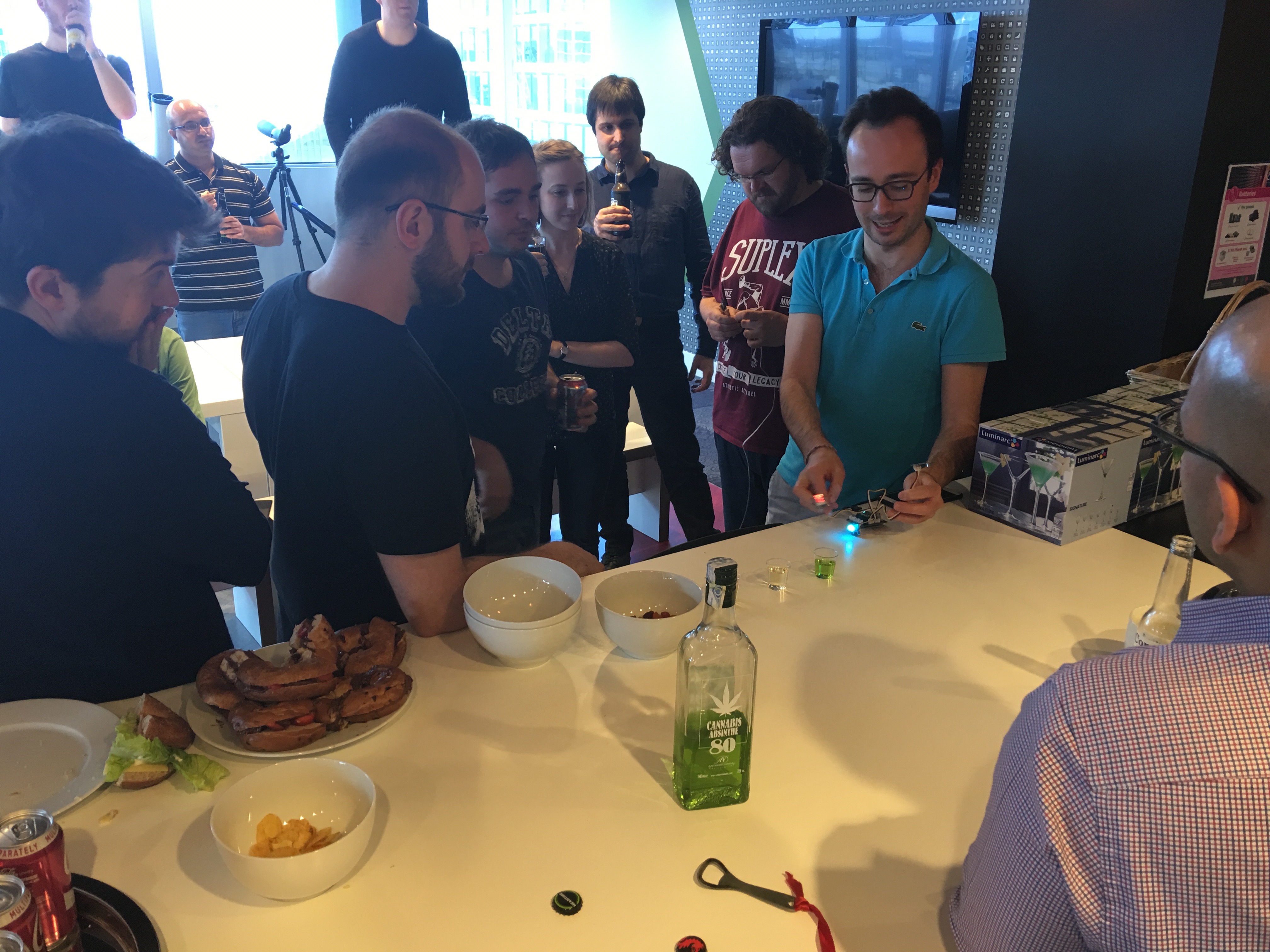 Extra credit should be given to Christian who despite speaking no Mandarin at all, worked out how to use the RGB LED using a Mandarin data sheet he found on the web.

To their credit all the teams got something working, and we finished up the afternoon with a feast of bagels and beers whilst each team gave a demo of their work. It was great fun to play around with the new classes of internet connected devices, and the wide range of the off-the-shelf sensors that you can now buy. We were also glad to see that most of our office problems could be solved with these devices and just a few hours work!