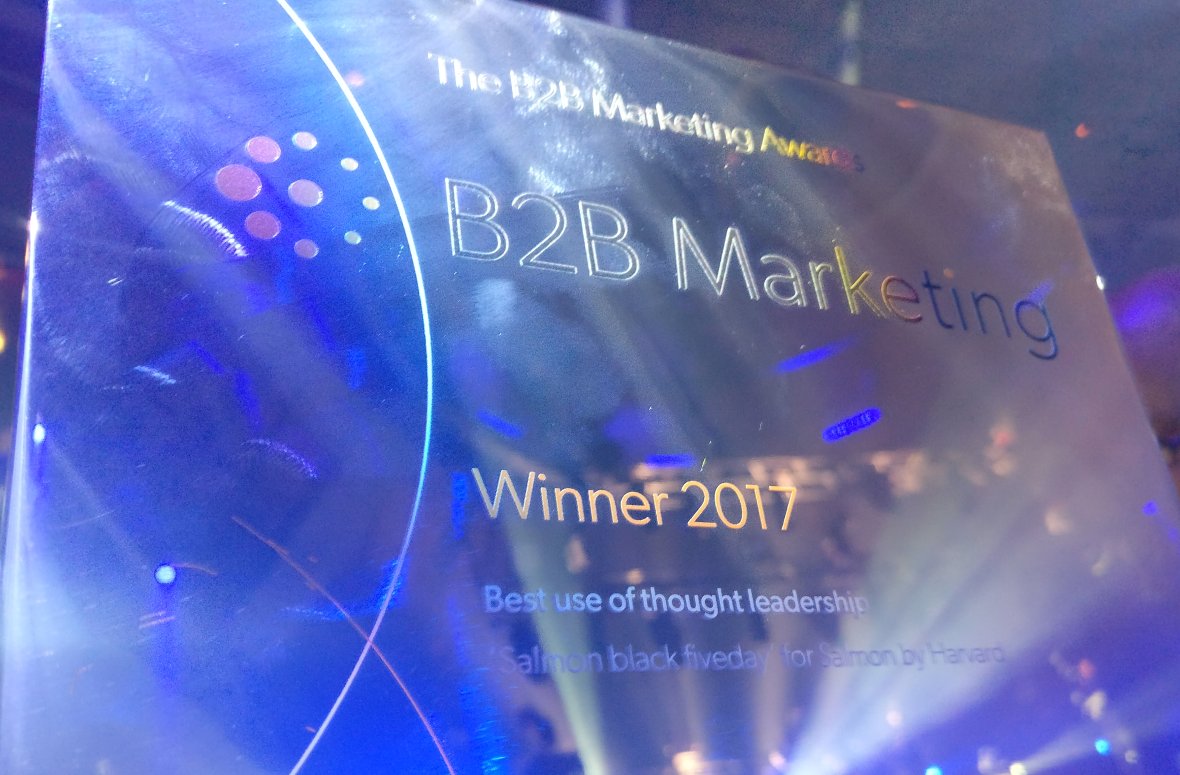 Salmon are delighted to announce that we have just won another big award. This time The B2B Marketing Awards, for “Best Use of Thought Leadership in 2016”, for our Black FiveDay predictions!

The awards took place on the 23rd November 2017 and rewarded the best in global B2B with submissions from four continents, representing all major global marketing agencies.

With 1000 submissions and 28 categories with only one winner in each, Salmon is “confidently proud”. 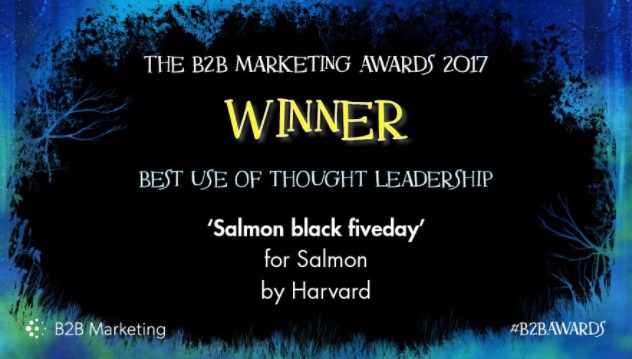 So how did we win? Media, channels and techniques used:

Black Friday had become a ‘canned opportunity’ for brands and our campaign needed to offer unique insight and stand out. To achieve this, we started the campaign seven months earlier than everyone else.

Salmon focused on measuring success based on an increase in its media profile.

Neil Stewart, CEO, Salmon said:“For our business, being seen in the public eye and media to lead debate and discussion around Black Friday – or Black Fiveday as we coined this year – has helped us dramatically change how we engage with existing customers and prospects across retail. The campaign took us to a whole new level, driven by both marketing and PR.”