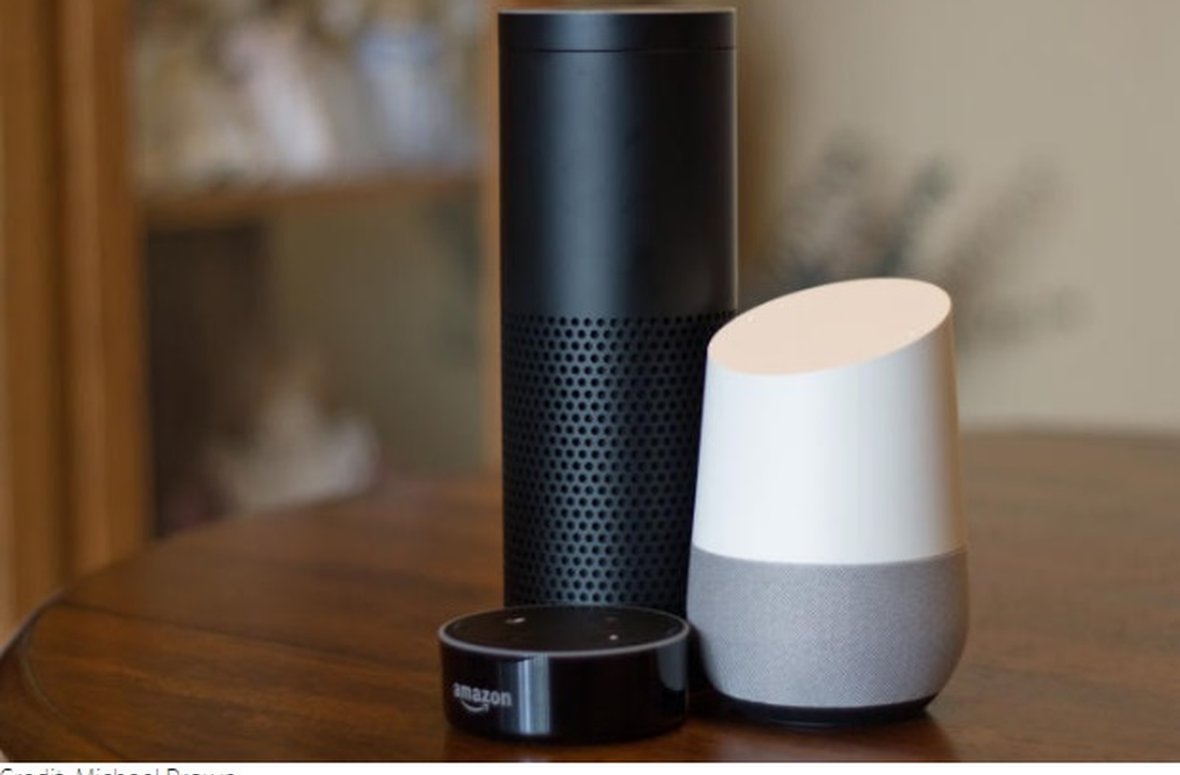 We’re entering the age of Zero UI. But what is it?

Zero UI refers to an interface which is invisible, and which utilises learnt human senses and actions – like voice, movement, and maybe even thoughts – to navigate through the digital world. It reduces our reliance on screen and breeds a more natural experience, where physical interfaces and unnatural behaviours do not interrupt the user’s journey. In other words it’s more human.

Why do we care?

With the exception of a few forward thinking companies, almost all ecommerce interfaces are, and plan to remain for the near future, screen-based. But when customers become more accustomed to zero UI, and when our new tech devices like connected homes start to habituate us to screen-less interaction, then plans need to be made for selling online without a dependence on screens.

And this revolution has already begun. The introduction of Amazon Echo and Google Home show just how seriously Zero UI should be taken.

It’s important to note that Zero UI is really a catch-all term for a number of new approaches to interfaces that remove the screen as our predominant means of interaction. Salmon’s, a Wunderman Commerce Company, view is that at present, the most mature and therefore first commercial Zero UI implementation will be voice. In the future, other Zero UI interfaces, such as gestures, pushed by Google’s Project Soli and Project Jacquard will increase in prominence, but for now, Zero UI 1.0 will be driven by voice technology.

So what does all this mean for brands and their ecommerce presence, and what key things do they need to consider when planning for Zero UI?

The future of interfaces will include voice, gesture, screens, in-store etc, and therefore Zero UI should be viewed as part of a number of interfaces that work together not as the only interface. We call this “omni UI”. This in turn means brands need to consider broadening the spectrum of user interfaces through which their customers can access, experience and purchase their products.

The screen as “Fallback UI”

So in a world of Omni UI, the traditional usage of screens may diminish, but not disappear - we may still need to revert back to the usage of screens for visual inspiration. This means that screen interfaces will change from being the primary user interface, to the fallback user interface (“Fallback UI”) – the UI that we use when Zero UI reaches the limitations of its capabilities. We see Zero UI gradually gaining prominence as UI over a period of time.

So what about inspiration? In a world of zero UI, brands and retailers will need to operate “proactive inspiration”. This will rely on devices being able to pull on multiple sources of data – such as personal and third party to give the right recommendations at the right time, without waiting for the customer to initiate searches themselves.

The role of data is key to the success of Zero UI. If a customer is to seamlessly transition across interfaces and devices then their data needs to facilitate this. For the best experience, this data needs to cross beyond the boundaries of brands to establish a 3D and objective image of the customer. This 3D data image will build the artificial intelligence, from which conversational and human interactions are more likely to succeed.

There is therefore a potential gap in the market for an organisation to aggregate and interpret this multi-source data.

This new world will necessitate a review of back-end architecture, where personal data, the blockchain, IoT and organisations will work together to provide the best, most objective information via zero UI devices. Or to give it its name: Democratized Data E-Comm (DDEC).

The implications of this new data structure are vast. While it may be the best solution for the customer, what about the brands? In a world where data is objectively crunched, how can they influence the results and what will happen to their brand equity? Brands will need to reassess their marketing mix to influence how their products are evaluated and rated, and how their data will be assessed via the data layer, and ultimately returned to the customer via their Zero UI assistant.

It is important for brands to understand how customer interaction via Zero UI can still effectively communicate their brand values. Brands will need to invest in developing Branded lexicon, gestures, and maybe even thoughts.

Although Zero UI is by definition invisible, its application needs to be supported by hardware. That means that brands who want to win in the Zero UI world, need to have a hardware strategy.

A hardware strategy might include embedded technology in the products that are sold – or it might be the investment into complimentary hardware – for instance a connected kitchen where the work surface could act as an interactive interface. It could even be the usage of existing in-home hardware such as Echo or Google Home.

And based on the importance of hardware, it may be that the best, or only, way of creating a Zero UI interface is by partnering with other organisations. Take what British Gas did with Hive. They used a company called AlertMe to help build Hive, and ultimately acquired them.

All brands, but most notably those with ecommerce revenue streams, must start to strategically plan for a future where Zero UI is the primary UI, and where the supporting structures of the connected home and of connected data are in place to deliver this.

To find out more about Zero UI get in touch with our Global Head of Consultancy & Innovation, Hugh Fletcher.

Zero UI is one of 20 key trends that Salmon called out at its annual ecommerce event Commerce 2020. You can download the 20 for 20 Trends ebook featuring all 20 trends.

Is your brand going to be that important to me in the future?