Beter Bed’s ambition was to increase their online revenue. To achieve this, the organisation pursued an omnichannel strategy, and made major investments into the expansion of their eCommerce platform and PIM-system. The desired PIM-system would feed several channels, including the eCommerce platform, an Instore App and data brokers, with rich, accurate, and good quality product data. This required an extensive PIM-system with complex rules.

Consequently, Beter Bed was looking for a partner to migrate their existing PIM-system and further develop it. The Wunderman Commerce company, Salmon, was selected for this project because of their extensive experience with both eCommerce and PIM/MDM solutions, spanning several years. Salmon was able to offer the perfect mix between technical implementations, consultancy, and expert guidance. 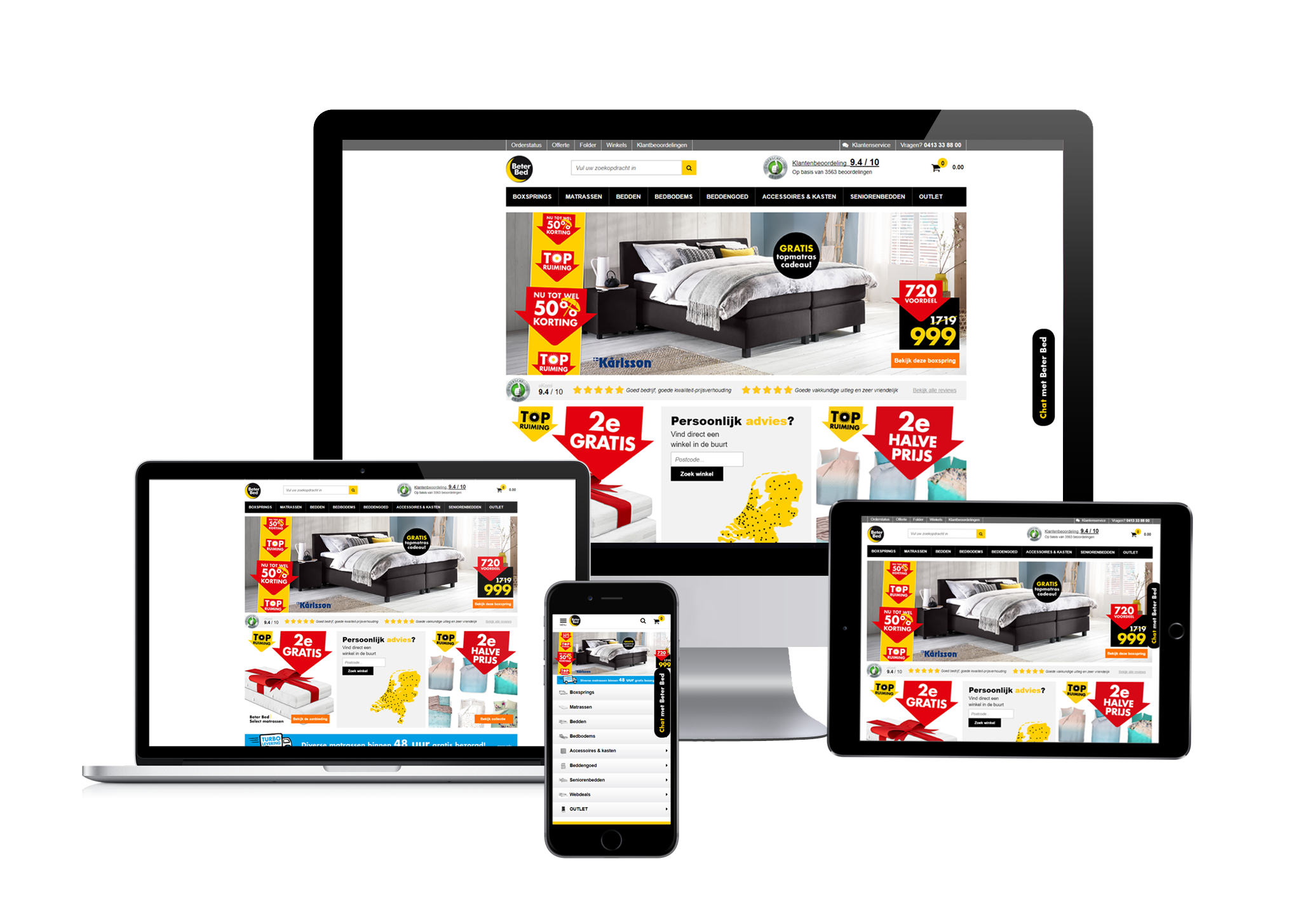 Following the migration of the PIM-system from Informatica Product 360 to version 8, a phase of stabilisation ensued. During this phase, a stable basis with the product data was established as a result of close collaboration between Salmon’s PIM-team and Beter Bed’s Article/Assortment Management team.

The result? The product data, its efficiency, and the structure of the data quality and the eCommerce platform’s omnichannel product feeds have improved significantly, leading to an increased demand for product data, with a clear view on the ownership of the data within the organisation.

Salmon has helped transform Beter Bed into a PIM-minded organisation in which every team member understands the value of a PIM-system and where the system itself contributes to the success of the organisation.

How can we help you?

We raise the bar and offer extraordinary PIM and MDM solutions to our clients.
What can we do for you?