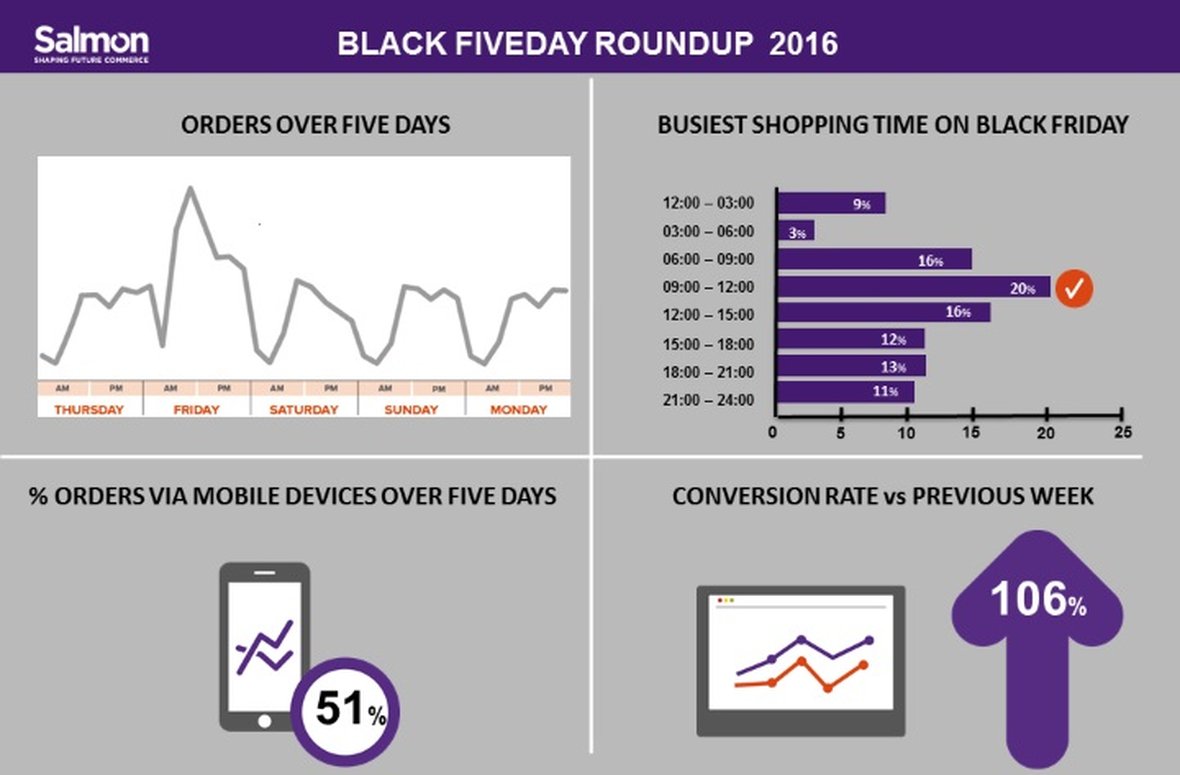 Wunderman Thompson Commerce in charge of online operations of some of the UK’s largest retail clients, has released some stats during the busy peak trading period of Black Friday week.

So what are some of the trends seen over the ‘Black Fiveday’ period?

The tipping point for mobile

Wunderman Thompson Commerce predicted that 2016 would see the majority of orders taken through mobile devices. Its analysis of orders across a range of clients over the five day period indicates that this has occurred with 68% of traffic and 51.2% of orders made via mobile and tablet. Nearly three quarters (73%) of site visitors on Saturday 26th originated via mobile devices.

An earlier start but still a peak on Black Friday

There is no doubt that retailers were anxious to get going early this year with promotions and discounts. Some like Amazon and Argos started well in advance, and the trading results taken from IMRG confirmed that retailers grew Black Friday from a single day event to a much longer concept. According to the data, even before the week had started, 11 different Black Friday campaigns had been initiated by retailers.

Wunderman Thompson Commerce's own data found that the majority started on Thursday 24th with 19% of the ‘Black Fiveday’ sales on that day. One of the major peaks occurred on Black Friday itself between 9:00am and 12:00pm with 35% of overall sales taking place. 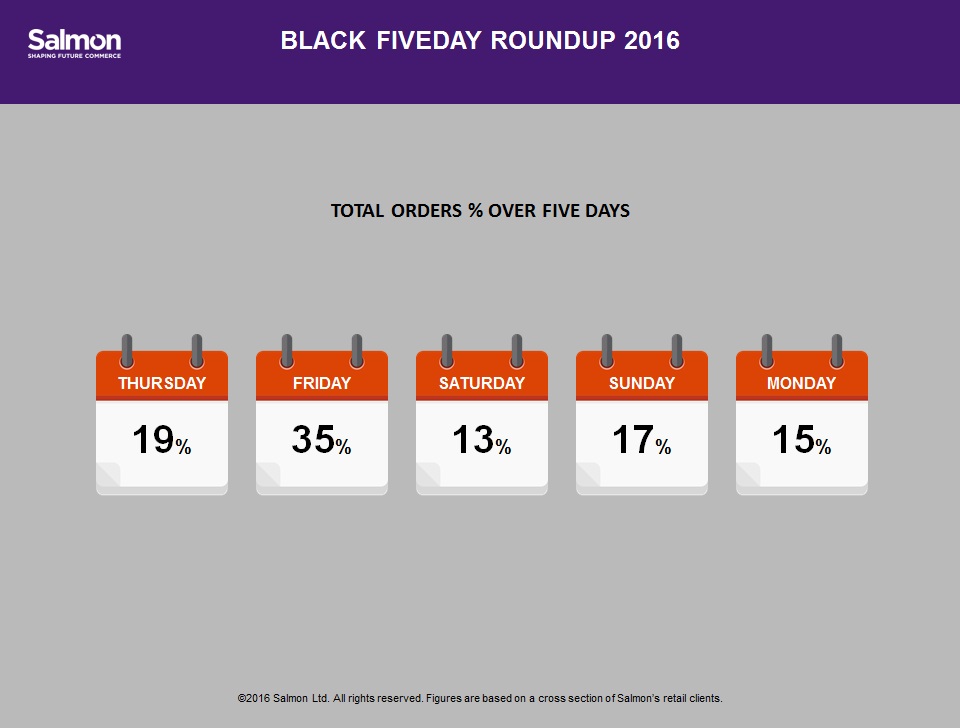 There was news that shoppers were aware of retailers considering an increase of the price of goods to take into account current inflationary cost increases. As a result this may have led to the overall increase in sales over the ‘Black Fiveday’ period.

Several retailers supported by Wunderman Thompson Commerce reported a significant increase in international sales, which could have been impacted by Brexit and the depreciated value of the Sterling against international currencies. It’s now more economical for overseas shoppers to buy from UK retailers. Over the ‘Black Fiveday’ period there were increases in international traffic at peak hours across Europe, the US and as far as China. This had down the line implications for back end processes that potentially hadn’t planned for strong order numbers entering the system at off-peak times. It also reinforces the need for global brands to have a robust international online capability.

Hugh Fletcher talks to CNBC about Black Friday and Peak 2019

Preparing for peak: are your feeds ready for Black Friday?