Consumers are also twice as likely to convert sales on Black Friday day as they are on Boxing Day; the latter, arguably the most famous and traditional sales day for millions across the UK, is being overtaken by the online phenomenon Black Friday, as consumers look at bagging their bargains online towards the tail end of November instead. For the Black Friday period overall, conversion rate was 35% higher than the Christmas period.

Mobile is becoming an increasingly bigger player in the retail space, and is now the choice platform for consumers. 51% of Black Friday orders were made on mobile devices, as consumers now have a greater luxury in being able to buy items on the way to work and back on their mobile or tablet.. Likewise, 60% of Christmas orders were purchased via mobile devices as consumers shopped at home or on the move during the festive period.

Patrick Munden, Head of Retail and Marketing, at Wunderman Thompson Commerce said: “While it would be premature to call 2016 the end of Christmas sales, what’s clear is that peak trading has shifted dramatically towards the Black Friday period. With more traffic, more orders and more conversion occurring over Black Friday week, consumers are embracing the smorgasbord of deals that November offers, leaving Christmas deals trailing in its wake. The challenge for retailers is managing these peaks and making sure that while they have the correct and necessary digital provisions to make Black Friday a success, they also don’t cannibalise their own Boxing Day/Christmas sales opportunities.

“As some of the biggest retailers announced figures on ‘Super Retail Thursday’, the most striking aspect was how online sales have positively impacted companies. With the majority of orders in the two biggest sales periods being placed on mobile, this mirrors the increasing trend we’re seeing of digital – particularly mobile – shopping done at a time and a place when it suits the consumer most. Retailers need to pay attention to this to ensure they are offering a concrete and efficient digital offering. What’s more, watch out for retailers offering their own ‘proactive peaks’, such as versions of Amazon Prime Day, to take advantage of an appetite for less traditional sales days.” 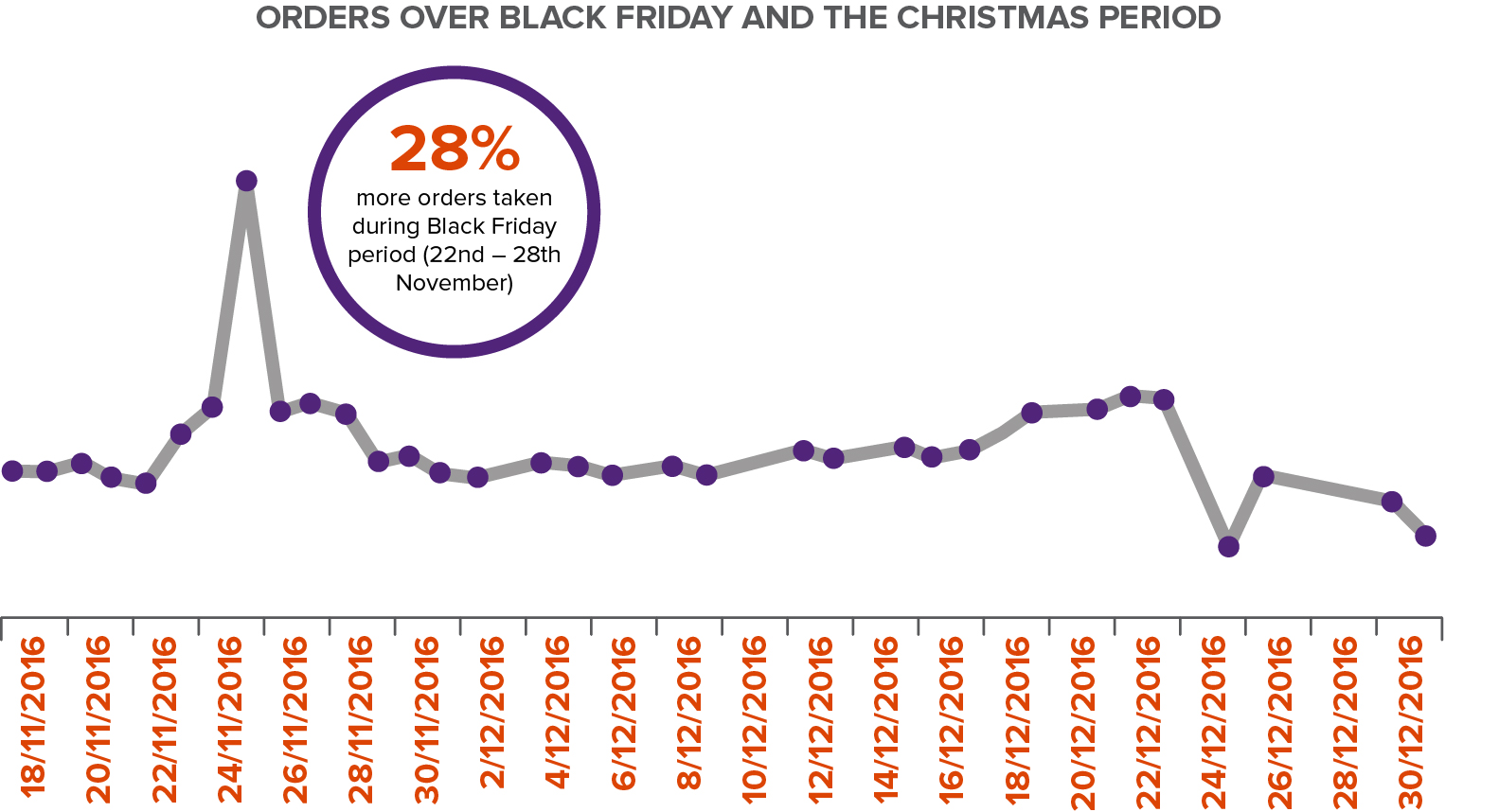 Preparing for peak: are your feeds ready for Black Friday?